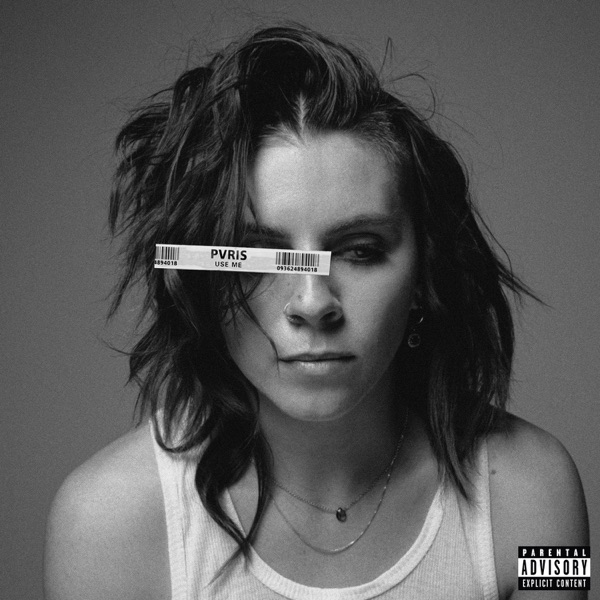 Good to Be Alive

Branching out to a different sound worked for me. It's a very consistently good album.

I watched the empty room sessions on YouTube and fell in love with PVRIS. I prefer Lynn’s voice on their acoustic stuff the most. Her voice is beautiful and I feel like this album and the one before it are diminishing her talent.

First album was amazing and this is just pop trash.

Lynn really shows her incredible talent for writing music and producing as well. It's a flawless transition from the first 2 albums to what this album becomes. I love the versitility and it is just great to have PVRIS back. I can't wait to see where Lynn take this band in the future. Stay Gold Lynn!

Lynn’s voice is why I keep coming back but since she is so adamant about not repeating the awesome rock-ness of White Noise, it’s going to be hit and miss from here on out for me. Seriously, that first album was near perfection. This one has some good ones and some that can just be skipped. I’m actually a lil bummed that she said she has no more interest in the rock side of the music. Is what it is. She still has an awesome voice and some of the beats are solid. However, that first album is the pinnacle for my music taste as far as the band is concerned. Cheers

This isn’t “Pvris”. This is a side project crash & burn. If any of the band members got a set, they would walk away and get back to the loud rock and real instruments. Lynn can hang out with Haley’s side project and they can side it out.

Never heard of this band before. Stumbled upon this album while checking out new music. Listened to each song sample & bought the whole album right away!

Me, and that's alright

When I found out their next album would be more pop influenced than their previous albums, I will admit I was nervous it wouldn't be a PVRIS album like the others were. But then I listened to the entire album, and I realized how wrong I was. While I don't think it's PVRIS's best album (All We Need, All We Know is my fav), it's still an incredible piece of art. The best way to describe this album is that "It's a new sound, but the same soul." This album carries the heart and soul of the band in each song, from the darker pop leanings and the emotional vulnerability. I found myself genuinely emotionally moved by a number of the songs and honestly that's all I can ask for in an album.

I’ve been a massive fan of PVRIS from the beginning and they still amaze me! Cut the crap and stop whining about the sound of this album, and admire that some musicians will experiment and change up their sound. This album is awesome!!!

This album is just as good if not better than the last two! It doesn’t matter if it’s not the same as White Noise because it is important for a band to evolve. Love Lynn as always and was waiting soooooo long for the full album release and it was well worth the wait!

Love these songs, especially Good to Be Alive, Loveless, and Dead Weight

So proud of Lynn and all the work she put into this album. Couldn't be happier. Absolutely love the album

I understand Lynn has been dealing with some difficulties with the band, but this music doesn’t sound like PVRIS at all. It sounds exactly like all the other indie pop music that uses the same techniques and sounds. It just doesn’t have the energy it used to. I sure hope this is a mid-career album and they have plans to bring something edgy back to the table after this album.

I loveee January rain it’s mr favorite song. Has more of the old Pvris vibes and sound 💜💜 kind of similar to the All We Know Of Heaven album

How is it possible for every song on an album to be good? For me, it’s a rarity to find an album with no skippable tracks. A few songs took some time to grow on me, but these new ones not from the EP - Wow. There’s always something in each song that hooks me in. The instrumentals are fantastic and the lyrics - they never fail to impress me with how meaningful and vivid they are, something countless songs are missing these days. January Rain was an immediate favorite; once I heard the melody and beat, I knew it was going to be on repeat.

You had the ability to continue to be unique and flourish as a band, instead you allowed your single to get an ego, take all the reigns, make all the choices.... and this is what you get. Hot garbage. You can turn on the radio and hear 10 songs just like this sound. Lost your chance with this.

By far the best album by PVRIS!

Inspired by crippling anxiety, falling in love, and heartbreak. This is a deeply personal album which we can all relate to. Lynn is the queer icon we all need. Representation matters! One of my favorite albums of the year.

Amazing album hands down. Can’t stop listening to it ❤️best album of the year

I love it when I can listen to entire album and enjoy every song... Pvris does it yet again!

Getting better!!!! Love her

Thank you for making music that is real and beautiful to the soul. I’ve been waiting for this album to finally be released... 🙌🏾

People grow and change. If you can’t appreciate the same from musicians can you truly be a music fan! Pvris always continues to amaze me.

i loved their second album and i could literally dedicate a shrine to both white noise and their acoustic ep. however, this album really hasn’t resonated with me so far. it’s not bad, it just feels like too big of a jump in the mainstream indie direction. i found the dark edge and melancholia in their earlier work ineffably beautiful, but to each their own i suppose. they should do what they feel is best.

It’s pretty sad they keep pushing the album release date. I was excited to hear their new music but likely won’t bother listening at all now.

Feels good to be alive but i hate my life....

Except for “Hallucinations”, this seems phoned in. Uninspiring. No fire or energy. A weak album so far....

I like the synth in this album. It’s not as bad as people say it is.

Honestly since the beginning they have been underrated - the world needs to learn what good music is and listen to PVRIS. I like their music - yeah it’s different but if it was the same the haters would just say it’s the same. So stop hating - I don’t see you putting out an album.

This is an interesting evolution from their older emotional pop/ rock stage. I haven’t found a song I dislike by Pvris and Lynn’s movement to the foreground in the band is great. I hope we get more from these guys, years to come!

Woke up to PVRIS New Song " Gimme A Minute" the sounds got me first, quite obsessed with the feelings the Use Me songs are giving to me. after I was rocking out to the song for the first dozen or so times I paid more attention to the lyrics and really got into the song in a much deeper way. Love the feeling and the meaning of both Dead Weight and Gimme A Minute but by far the latter is my favorite! Also I am SO CURIOUS about the lyrics/sounds of Use Me song now since it's also the album title. " inner peace is hard to find" yes but I think we learn a few steps of the way there listening to this!

I’ll admit, listening to Dead Weight for the first time was not an exhilarating experience. It took me about 20+ listens to enjoy it, and now I love it. I will always be a fan of PVRIS and I will support whatever they decide to do. I love every single song released, DW was the only one that took me some time. I know they’re starting to sound different, but they are the PVRIS that we know at love and they always will be. Give it a shot.

Great music so far although some of the songs are just re-releases. PVRIS is still one of my favorite bands. Keep it up and keep the music coming!

you all need to calm down and let them evolve

Been following them from the start. Only a matter of time for a big label to sign them. Looking forward to the full release. Unique blends of sounds.

I have been a huge fan of PVRIS for while now and they still got it!😁

Over this recycled pop garbage any day of the week. What actually happened to this group? Did her ego overtake their ability to song-write? This just isn’t it. Then again, you go from Rise Records to Warner Records, and wonder why the band is putting out generic pop garbage. An unfortunate change, and it’s seemingly just for money.

Each album I grow more of a fan by. Still has a rocky feel to it and a mainstream kind of sound as well. Can’t stay the same every album people🤷‍♀️

What’s up with the hate already ? Can the entire album release before these pointless comments rush in. But anyways it’s great so far can’t wait for the other half.

I remember when pvris made rock music and not synth club music. 😔 hopefully there’s something reminiscent of their first album on this new one. Hell I would settle for one rock song.

I’m a little disappointed that so many songs from the ep made it to the album. We’ve been waiting since 2017 and now we only get 7/8 new songs. And “things are better” was the best song off the ep but somehow “death of me” made it on the track list instead. I love pvris and I’m still looking forward to the album, but I really hope there’s some sort of deluxe version.

kind of lazy in my opinion to use the songs from their EP to make the track list look longer. 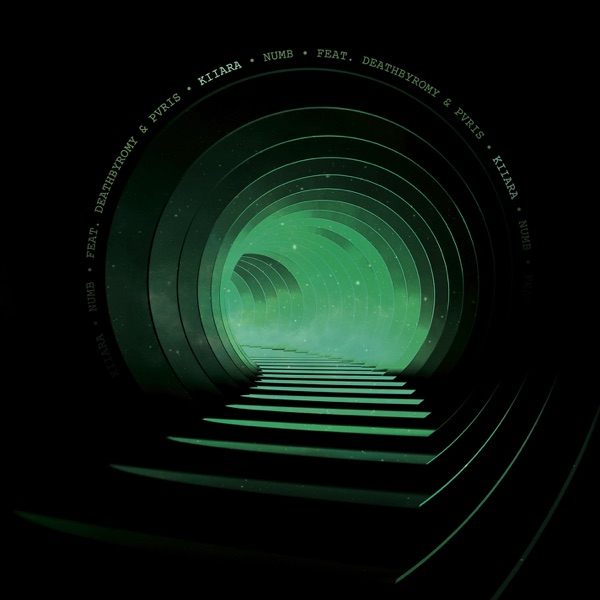 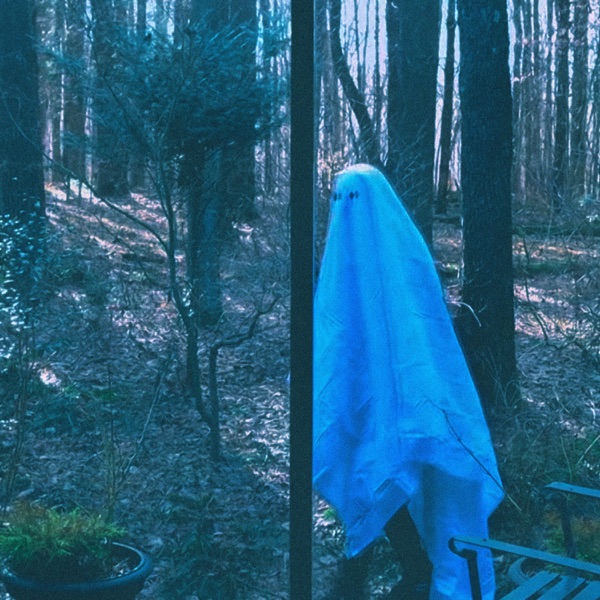 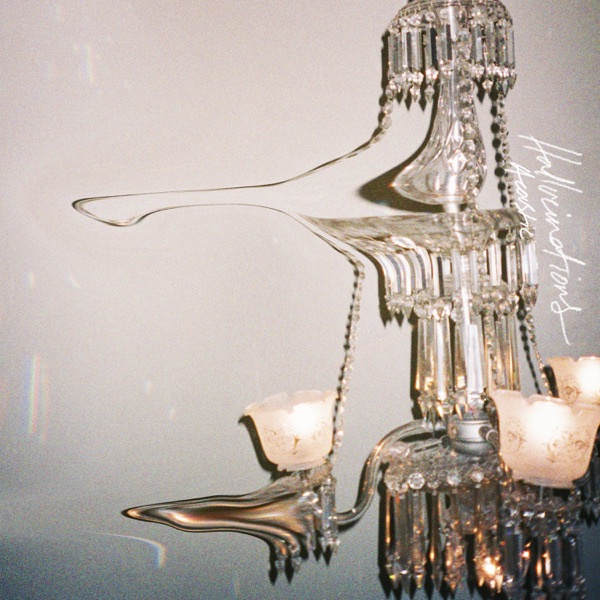 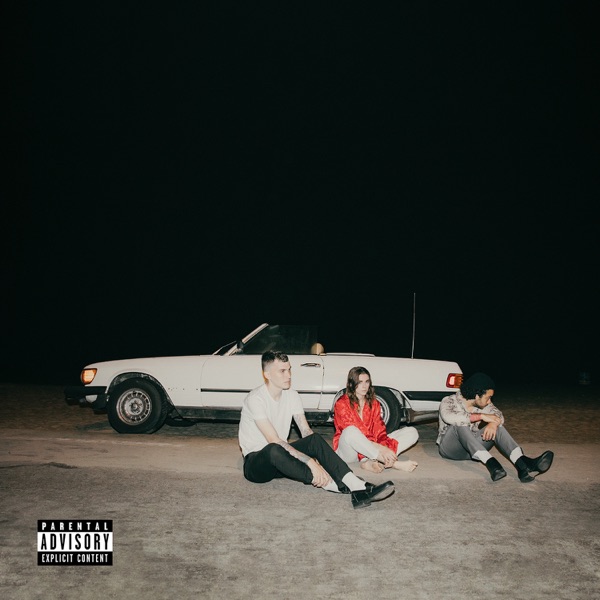 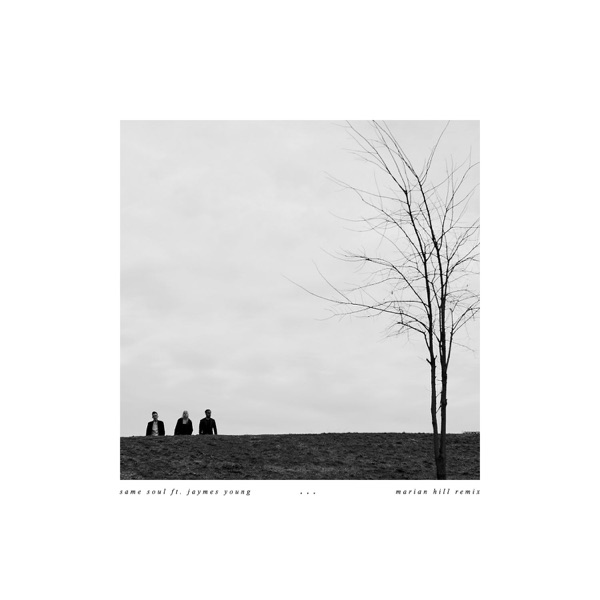 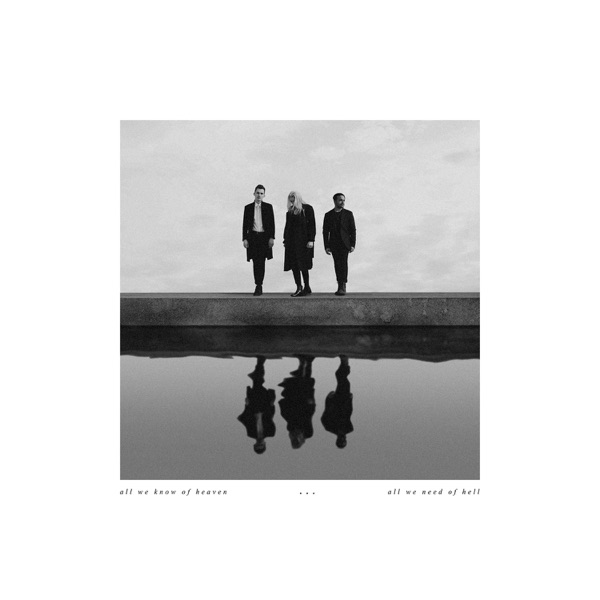 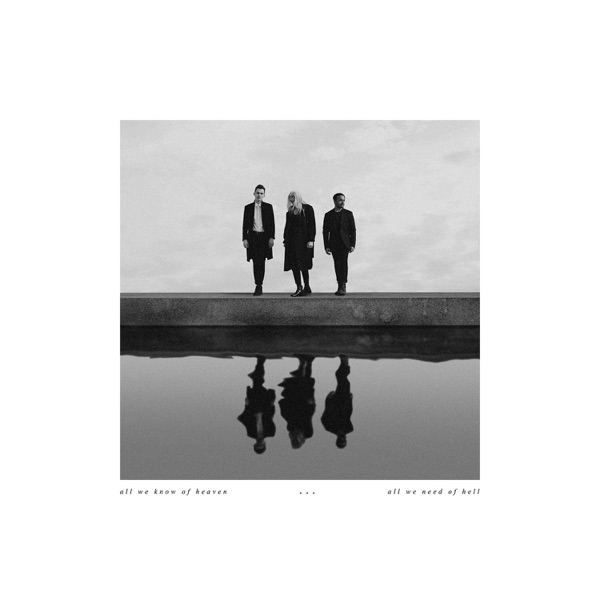 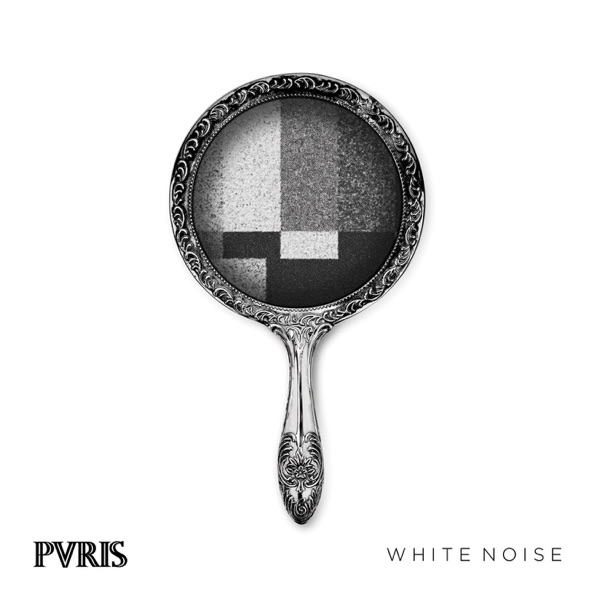 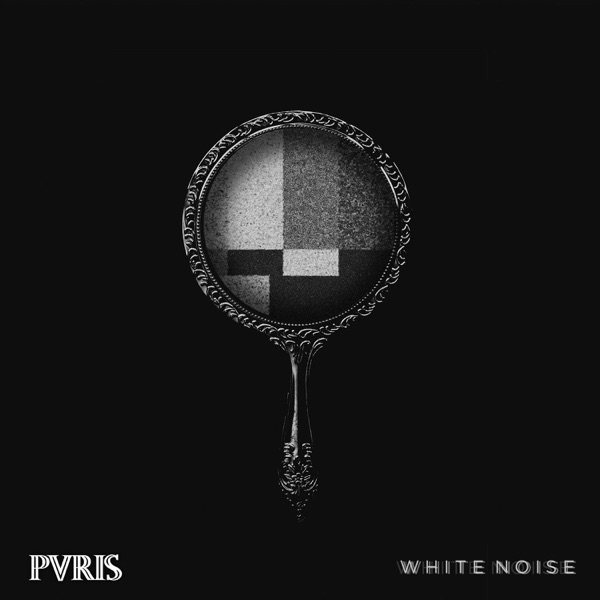 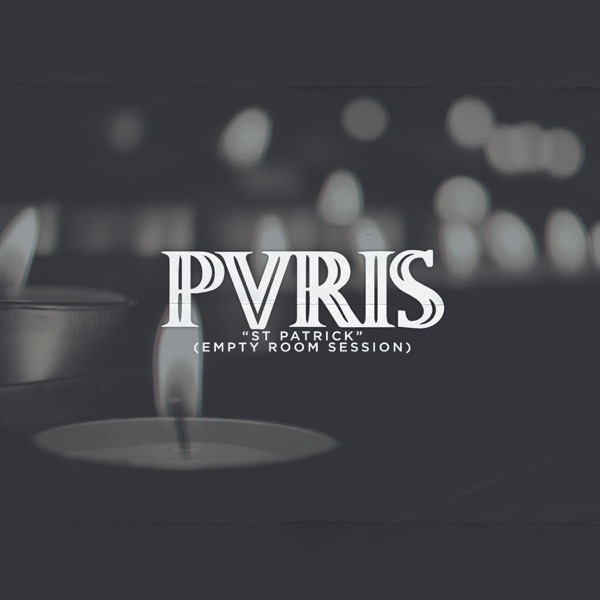 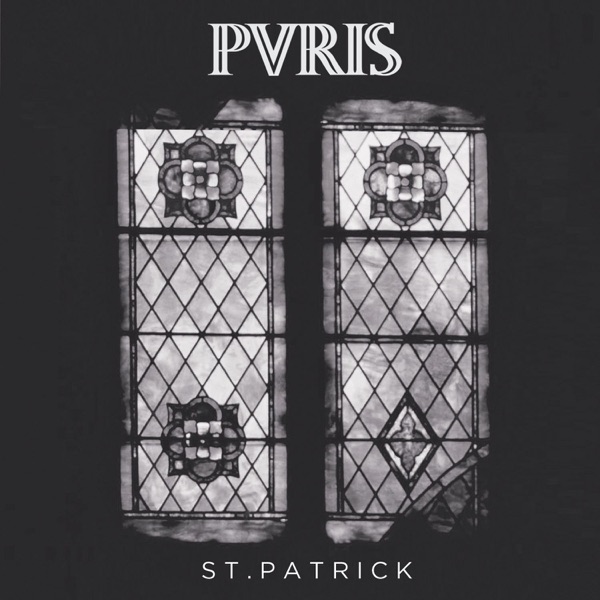 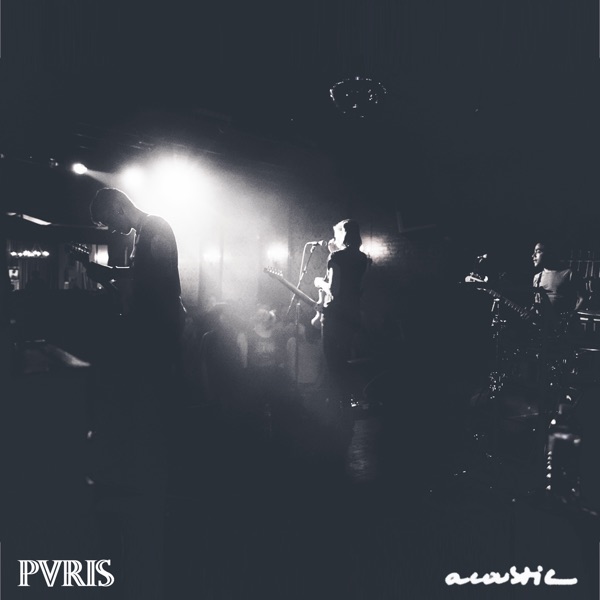